Originally posted by Geoffrey on geoffreyandmika.me 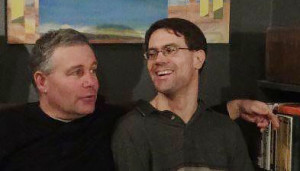 “Keep passing the open windows” is the phrase that comes from the John Irving novel The Hotel New Hampshire, published in 1981. It is a catchphrase among the Berry family, the characters whose story is told in the novel. It is drawn from a story that the Berry parents tell their children, about a street performer called “The King of Mice.” He committed suicide in jumping from a window. “Keep passing the open windows” is the family’s way of saying to each other to carry on when the going gets tough. I read the novel in 1983 and saw the feature film version released in 1984. This catchphrase and the sentiment behind it has remained with me over the years and I have applied it in my own life in “passing the open windows.” However, I understand while it is easy to tell someone who is troubled, having a hard time coping with life, its joys and sorrows, to “keep passing the open windows”, promising them things will get better, sadly, not all stories have a happy ending.

One such story is that of the Griffith family, of Walnut Creek, California, whose gay son, Bobby, committed suicide in 1983. He was 20 years old. The suicide of a young person, gay or heterosexual, is tragic in its own right, of course, but in this case his mother, Mary, a staunch Presbyterian refused to accept him as gay. She put him through psychiatric treatment and prayer with church groups to “cure” him of his homosexuality, threatening to disown him otherwise. His struggle to understand his same sex attraction and the pressure from his family to overcome these feelings drove him to suicide. She learned the hard way it was her ignorance of what he was experiencing and her inability to question her Church’s intransigent doctrine concerning homosexuality that proved fatal to her son. She realized too late that while it is important in Christianity to care for her son’s soul; it was equally important to care for him in accepting him for who he was in the here and now. To her credit, she understood, in time, she was mistaken in what she believed and sought to atone for this, in examining her conscience and her understanding of Christianity, becoming an ardent supporter of gay rights and working with the organization Parents Families and Friends of Lesbian and Gays (PFLAG).

The Griffith family’s story is documented in a book Prayers for Bobby: A Mother’s Coming to Terms with the Suicide of Her Gay Son by Leroy F. Aarons in 1995. Their son Bobby was an aspiring writer and kept a diary, documenting his experiences and feelings. The book incorporates Mary Griffith’s experience before and after her son’s suicide and entries from his diary. Their story was made into a movie for television in 2009, Prayers for Bobby, in 2009, featuring Sigourney Weaver as Mary Griffith and Ryan Kelley as her son Bobby. The movie is well worth watching, though it really tugs at the heart strings. Their story is compelling and stresses the importance of suicide prevention for gay youth. Suicide among young gay people is a reality that this movie brings home to the viewer. In fact, gay youth are at greater risk of suicide according to a number of surveys. Mary Griffith cannot bring back her son Bobby, but in sharing the story of her family’s tragedy and in campaigning for acceptance of gay youth, through her involvement with PFLAG, he lives on. PFLAG, which was founded in 1972, reaches out to families with young gay people, like her son Bobby, who are struggling with their identity to help them through the experience and keep them from harming themselves.

This story resonates with me because her son was only two years younger than me. I was experiencing the same feelings he was in the same time period. No one in my family knew I was gay so there were no efforts to “cure” me of my gayness or threaten to disown me, but I found myself pretty much in the same place as Bobby Griffith. The difference is I am alive, enjoying life with Mika by my side and feeling a little survivor’s guilt. I took to cutting myself during my adolescence. I took an overdose of Ativan, a drug prescribed by the psychiatrist who was treating me for anxiety, washing it down with a bottle of Napoleon brandy in 1982. I was 21 years old at the time. I woke up very late the next day, fearfully groggy and laying in a pool of vomit. I think if there are guardian angels, mine must be the most conscientious of the lot! For whatever reason, I survived and persevered, finding myself at this stage of my life hoping I can make a difference, that I can encourage young gay people who are experiencing the same kinds of feelings of pain, self-loathing, despondency I did during my adolescence and early 20s to go on living. Dredging up these memories is hard, but I think it is important that I do so to atone for my own mistakes and as I said, in hopes of stopping anyone else from going down that road.

Geoffrey hopes that sharing his story can help others who have had a similar experience. CLICK HERE to make a tax-deductible donation, a portion of which will go to PFLAG.