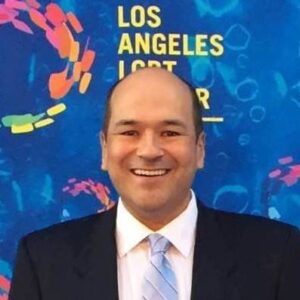 “The United States Supreme Court has voted 6-3 that employers cannot discriminate against LGBTQ+ workers – we are protected under existing civil rights law. I was braced for the worst on this one so I’m shocked and thrilled that the high court has done the correct thing. It makes me think of my first job that I landed just weeks out of college. It was at a small magazine in San Diego and I was thrilled to be a professional writer. One day, I overheard the general manager say to the assistant editor: ‘I wouldn’t have hired Greg if I thought he was gay.’ I’ll never forget it – the way my face burned when I overheard him. It wasn’t anger which is what I would feel now. It was fear. But apparently to him, I passed. I had learned to butch it up in college. I eventually left that job after a year to begin my career in newspapers. But I would spend the next decade determined to ‘pass’ professionally in the newsroom. It led to an agonizing double life and exhausting compartmentalization. I had to become strong personally and professionally to be out and proud at work and become outspoken about LGBT representation and coverage. It took years. That journey brought me three years ago to my current job as writer-editor for the Los Angeles LGBT Center, the largest LGBT organization in the world.” Greg from Los Angeles. Check out Greg’s blog, Greg in Hollywood, here: http://greginhollywood.com/#PersonalStories