Stay Out of This. It’s None of Your Business 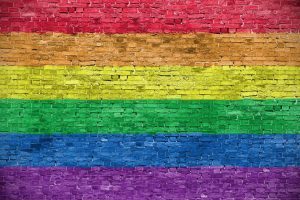 Author’s note: I originally posted this a year ago today and, unfortunately, it’s still timely. Possibly even more so than it was just a year ago. As I write this I am on the final episode of Dustin Lance Black’s “When We Rise,” the epic miniseries that chronicles the modern LGBT civil rights movement from the Stonewall riots to the present day. For those who haven’t seen it, I highly recommend watching it. CLICK HERE to watch on ABC.com. And share this link with your family and friends – “When We Rise” is a must see for anyone who identifies as a member of the LGBT community, for those who identify as allies of our community, and, frankly, for anyone who’s human. Let me know what you think after you watch it – send me an e-mail to charles@personalstoriesproject.org.

“Stay Out of This. It’s None of Your Business”

“For the record, Charlotte passed a non-discrimination ordinance, not a ‘bathroom bill’ as folks have been calling it. The legislature saw this as the excuse they’d been looking for. But it wasn’t enough for you to punish Charlotte for being ahead of the curve. You took your deadly game to a whole different level. This hateful new law will not only cost the state of my birth business. It will cost lives. Bullies will hear a message that it’s OK to commit acts of violence against the LGBT community. Members of the LGBT community will take their own lives because the message they hear will tell them they’re not worthy of living or that it’s simply not worth it to live as their authentic selves. And you, Gov. McCrory, and Lt. Gov. Forest and your colleagues will have their blood on your hands. The entire GOP arm of the NCGA is just as guilty of what the bully will do as if they threw the first punch, just as guilty of any deaths that occur as if they killed them themselves. Yes, this is that serious. McCrory talks about ‘government overreach?’ If anyone’s guilty of that it’s y’all.”

I posted various versions of this comment, this particular one on North Carolina Speaker of the House Tim Moore’s official Facebook page as well as edited versions on those of Gov. McCrory and Franklin Graham last week in response to some of their posts trying to defend themselves for disseminating hate.

Responses have varied, ranging from “It’s none of your business” to “You’re sick, please get help,” along with the usual expressions of concern for my safety from friends and family members. While I appreciate everyone’s concern, I can’t and won’t stop talking and posting and here’s why: you attack my community, you attack me. It doesn’t matter that I live in California nor, frankly, that I’m from North Carolina. It matters to me as a human being who happens to also identify as a member of the LGBT community.

A good friend contacted me this morning for advice about how to politely yet firmly turn down business in North Carolina. I sent my friend verbiage from communications I’ve had with folks from what I refer to as the “affected areas” where I have politely and professionally let them know why I won’t be going out of my way to do business with their destination and what it will take for me to re-evaluate my current policy.

That discussion ultimately led to me sending over these quotes:

“I need to fight for what’s right. I need to fight what I believe in and I can’t just stand back anymore. Maybe that’s why this all happened. Maybe this is part of the reason, is to open my eyes and to inspire me to want to make a change and want to fight for equality. I just don’t know if people will listen. But I guess no one’s going to listen if I don’t talk. So I’m talking.” – Shane Bitney Crone

I then closed our conversation with this – “I’m going to keep talking until they make me stop. Maybe not even then.”

Originally posted on March 28, 2016 by CHARLES CHAN MASSEY on his personal Facebook page.