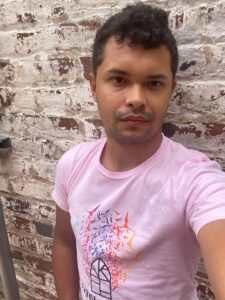 roddy bell-shelton first shared their story with us in 2017. A lot has happened since then! They shared a quick update with us recently:

“Back in 2017 I was deeply hurt by the church and by God and vested my life in advocacy work for LGBTQ rights. Now I still do that, but the context has made a 180! I’m healing; I’m growing; I’m learning to love myself, trying to find my place on this topsy-turvy journey that we call life.

I now have a Bachelor’s degree in Religious Studies and will be starting my second year of seminary as well as a congressional internship in the fall. I use ‘they/them’ pronouns and identify as a Queer, BIPOC young adult. My faith is progressive, anti-oppressive, Christian grounded in the principles of the Unitarian Universalist faith.

I truly believes that a vocation in ministry means being a voice to and for all those who can’t or haven’t yet found their voice; to those who have told they don’t have a voice or that they don’t belong, yet still long for spiritual community and want someone, anyone, to say to them that they are not broken, but rather that society is broken and that they are welcome here just as they are, sacred and holy.” #PersonalStories

Scroll down for roddy’s original story! 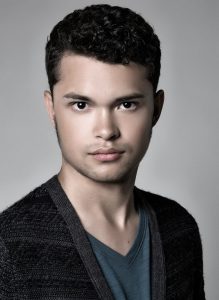 My name is Roddy. This is my story.

From a very young age, when I was around six years old or so, I knew there was something unique about me. I just didn’t know what. While other boys were into cars, trucks, play fighting and all things dirt I preferred Barbie, music, and the theatre. As I got a little bit older, and my friends who were boys started to talk about girls and how pretty they were, I was starting to have the same thoughts they had about the girls about them. At this point, I did not yet know what it meant to be gay, so I thought something was wrong with me. When I was ten years old I learned what being gay was and then all the thoughts and actions up to that point in my life made sense and I knew that I was gay.

Two and half years later, at the age of 12, the first person I told was my aunt when we were on vacation. We had always been very close, and she knew everything about me because I would always tell her things and I still do. That day I had been acting shy and off because I was thinking about the shame I felt because I was gay, as I often did back then because I thought being gay was wrong because of my “religion.”

That night she came into my room and asked if I wanted to go for a walk. When we got far enough from the house where we were staying she asked me if I was ok and I told her no and she asked me what was wrong. It was then that I told her that I was gay. She stopped walking, looked at me, hugged me and said, “Honey, I already knew that” and that it was ok. After that, we walked and talked about everything for hours. And I felt much better. After coming out to her, and with her help and support I came out the rest of the family and my friends at school; some were supportive of me and others not so much.

I was bullied for several years to follow, and even though at this point in my life I knew who I was and that it was ok to be myself, deep down I started to believe all of the things people were telling me and began to go through a very difﬁcult time in my life. I often had thoughts of suicide and actions of self-harm; I had accepted who I was but others had not, so I felt unimportant, alone, unwanted and unloved.

Fellow students would frequently call me names, push me in the halls, mock me, threaten me and sometimes even physically hurt me. I was told things like “You’ll never amount to anything,” “You’re worthless and should just die,”  “Oh look, it’s the gay kid – he’s such a fag,” and so on.  After this had gone on for three years I realized, thanks to some fantastic teachers, school counselors, friends and the work of the Trevor Project, that there were people who loved me and that life would get better. It was then that these things started to not bother me as much and I started to accept myself all over again.

I began to surround myself with friends and people who accepted me for me, who would be there for me as I worked on learning to love myself the way I was and while I found other people who were also LGBTQ. After about a year I was ready for the next phase – to become an activist and share my story and my voice in hopes that what happened to me would not happen to others, so that others like me would know that they are loved, they are important, they are wanted and that they are never alone.

I am now a proud, OUT gay man. I’m a model and actor as well as an LGBT activist. I work with organizations such as The Human Rights Campaign as a Youth Ambassador, Free 2 Luv as a Youth Empowerment Advocate, Teen Talk Hotline as a blog contributor and many other great groups and organizations to facilitate training on diversity and inclusion, sharing my voice as a positive figure for those in need. 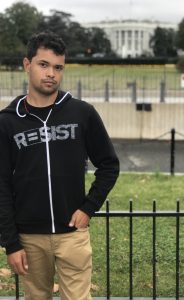 I know first hand that being a member of the LGBTQ community in today’s society can be very difficult. I know how hard it can be to come out and feel accepted in your school or community. I hope that by sharing my story, my experiences and my voice I can help other LGBTQ youths find the resources they need to feel safe, loved, and accepted and let everyone know that there is hope out there – all you have to do is just look past the darkness and into the light on the other side.

I’m sharing my story with The Personal Stories Project to inspire others to tell their own stories and to show that you can be successful no matter what struggles you face in life. I’d like lesbian, gay, bisexual, transgender and queer youth of all ethnic backgrounds, races, national origins and religions to know that no matter what, they are perfect just the way they are, that there will always be someone who loves them and cares about them and not to give up.

I challenge each of you to be a game changer in the lives of LGBTQ youth everywhere by being someone they can come to, talk to, look up to and always know that no matter what they are going through they are free and welcome to be themselves around you.

Roddy hopes that sharing his story via The Personal Stories Project will help other youths know that no matter what, that they are perfect just the way they are.  A portion of your tax-deductible donation will go to go to Free 2 Luv, an award-winning youth empowerment nonprofit passionate about rockin’ individuality, celebrating equality, spreading kindness and standing up to bullying through arts and entertainment.