What Did I Do To Be So Different?

What Did I Do To Be So Different? 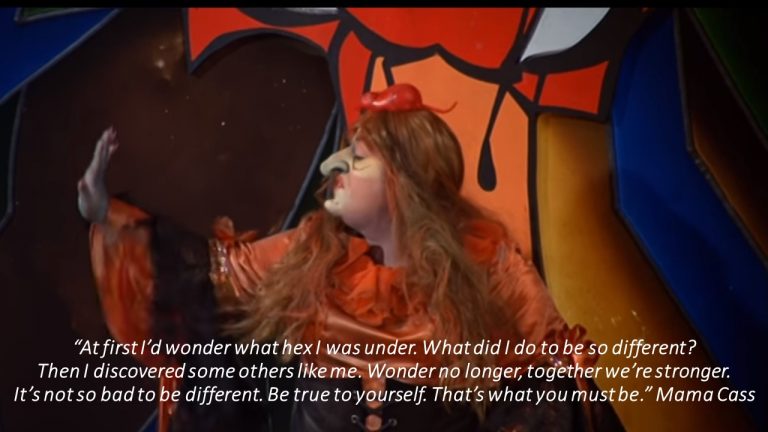 I’ve found that one of the by-products of working with others to share their stories is that memories begin to surface. A year or so ago it was a memory of being with my grandmother watching a show we both enjoyed, “Alice,” about a single mother working in a diner in Phoenix.

Though the year was 1976 and I was 12 I remember it now as clearly as if it were yesterday. We were in a hotel room in Charleston, South Carolina on a family vacation. Mama Massey (that’s what we called her) and I were sitting on one of the beds watching “Alice.” In this particular episode Alice was dating a retired pro football player who subsequently came out as gay. Again, this was 1976 on regular television. But I digress. The moment he said “Alice, I’m gay” I remember the sequence of events in perfect order: Mama Massey stood up, facing forward, and walked towards the television (for those who may not know most television sets didn’t have remote controls back then). She changed the channel and sat back down, never saying a word.

I didn’t completely know what “I’m gay” meant at age 12 but I had a suspicion that it might be what I was and based on her reaction I quickly surmised that it wasn’t necessarily a good thing. So, I tucked that information safely away until it was time to deal with it 6 years later. But that’s another story.

So earlier tonight I’m surfing through YouTube and I ran across a video from the 1970 movie “Pufnstuf” based on the Saturday morning show “H.R. Pufnstuf” which had premiered the previous year. I ran across a clip that looked familiar so I watched it. Sure enough, the memory floodgates opened once again. “They’re going to have barbecued dragon for dinner!” And I was right…there was H.R. Pufnstuf himself on the rotisserie. Next a witch began to sing, and it was Mama Cass. I was two for two. And I’m certain I haven’t seen it since I was 6!

I wasn’t necessarily prepared for what came next. As Mama Cass began to sing I started listening to the lyrics. And I remembered them. Again, I was 6 in 1970, but once again I remembered them as clearly as if it had happened last week. “At first I’d wonder what hex I was under. What did I do to be so different? Then I discovered some others like me. Wonder no longer, together we’re stronger. It’s not so bad to be different. Be true to yourself. That’s what you must be.”

Watch the video below – and make sure you listen to the lyrics.

(and join me next time when I remember something from when I was 3! Just kidding – I hope not – these memories can be difficult to process!)