Save the date! Saturday, June 17th! 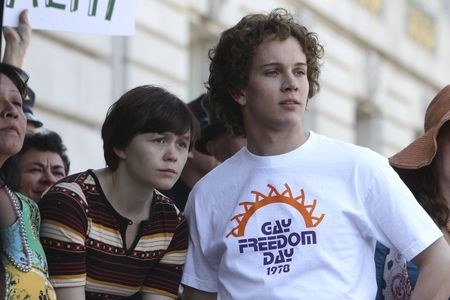 Here are some of the real heroes portrayed in the ABC docudrama:

Cleve Jones (1954) is an AIDS and LGBT rights activist. He’s the founder of the NAMES Project AIDS Memorial Quilt which has become, at 54 tons, the world’s largest piece of community folk art. In 1983, at the onset of the AIDS pandemic Jones co-founded the San Francisco AIDS Foundation which has grown into one of the largest and most influential AIDS advocacy organizations in the U.S. Jones is HIV positive. When he first learned he was infected he became seriously ill. Today though his present health is good.

Ken Jones, an openly gay black man, joined the gay-rights movement after the Vietnam War, only to discover and confront racism within the gay community. His activism turned intersectional as he fought to diversify the gay rights movement, while also fighting the AIDS epidemic and organizing services for homeless youth. He advocated for a clean needle exchange that he brought to the Black Caucus. In many ways, he is the one who initiated a lot of the change that happened in the Castro district of San Francisco.

Diane Jones is the partner of Roma Guy. Jones’ first job out of nursing school was working on one of San Francisco General Hospital’s medical-surgery units, which ended up being ground zero in the early AIDS epidemic in San Francisco. Several of those early patients said, ‘Oh, there are these two nurses on the night shift, and they’re not afraid of us, and they’re gay. You should get them,’” Jones said an interview. She was one of them. From there, she became an activist on the front lines of HIV/AIDS healthcare, and pushed for expansion of access to federal resources, research, medication, preventative care, and education. Jones recently retired but continues to be an activist. She and Guy live together in San Francisco’s Mission District.